Today’s NY Times ran an article about people who still rewatch The West Wing. However, the article misses a key point, which is an essential element for why so many people are still rewatching it today. Below is my letter to the editor. (Note: I sent in a condensed version of the below, because the NY Times encourages a 175 word limit.) 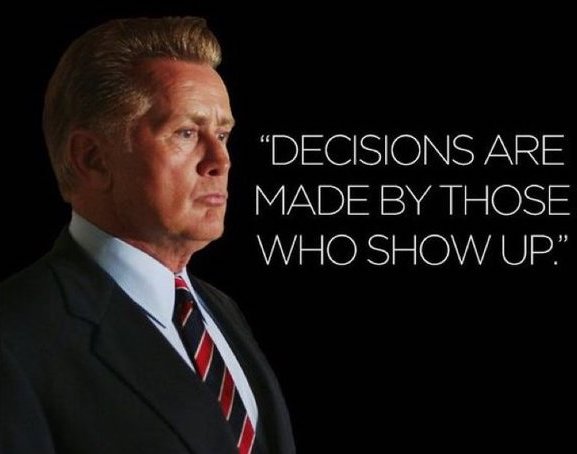 “Decisions are made by those who show up.” This quote, from President Bartlet in the season finale of Season 1 of The West Wing, encapsulates why many fans and I still rewatch episodes of The West Wing. We rewatch the series not solely for solace, comfort and nostalgia, but also as a source of inspiration, a call to action. The article “They Can’t Get Enough of ‘The West Wing’ Right Now” seems to miss this point. Rewatching The West Wing is not only about how we feel while we’re watching an episode, but also what we do after watching an episode.

Yes, the show paints a rosy picture of the Presidency. Even when we had Rhodes Scholars and professors in the White House, they still fell short of the image of the Presidency portrayed by President Bartlet. I do not believe that most fans are loyal to the show because they think it is a primer in the way a President should behave. Rather, they are loyal because it presents a picture of what the Presidency can be, if we put in the work and show up.

Watching The West Wing reminds me that if I don’t like the way politicians operate right now, I can go volunteer for a local campaign, make a donation, or write to a legislator. Most importantly, these actions will make a difference. As we see in the opening episode of Season 2, the Bartlet campaign began in rural New Hampshire, with the future President giving a speech to a few dozen dairy farmers, who mostly showed up for the free chicken. The campaign then assembled a motley crew of ragtag staff, rather than sleek, high-powered political operatives in the other campaigns, and eventually won a Presidential election.

For me, this is the important takeaway of the show: If you don’t like the way things are going, then show up, take a stand, and try to make politics into the best version of itself that it can be.